Clockworkorange
SUZUKI VAN VAN
VSpecial presents a review of the motorcycle “Clockwork Orange”, this time with a new winter look. Some of the products changed and the other ones added to characterize further this Special motorcycle Suzuki VanVan 200.;
GALLERY 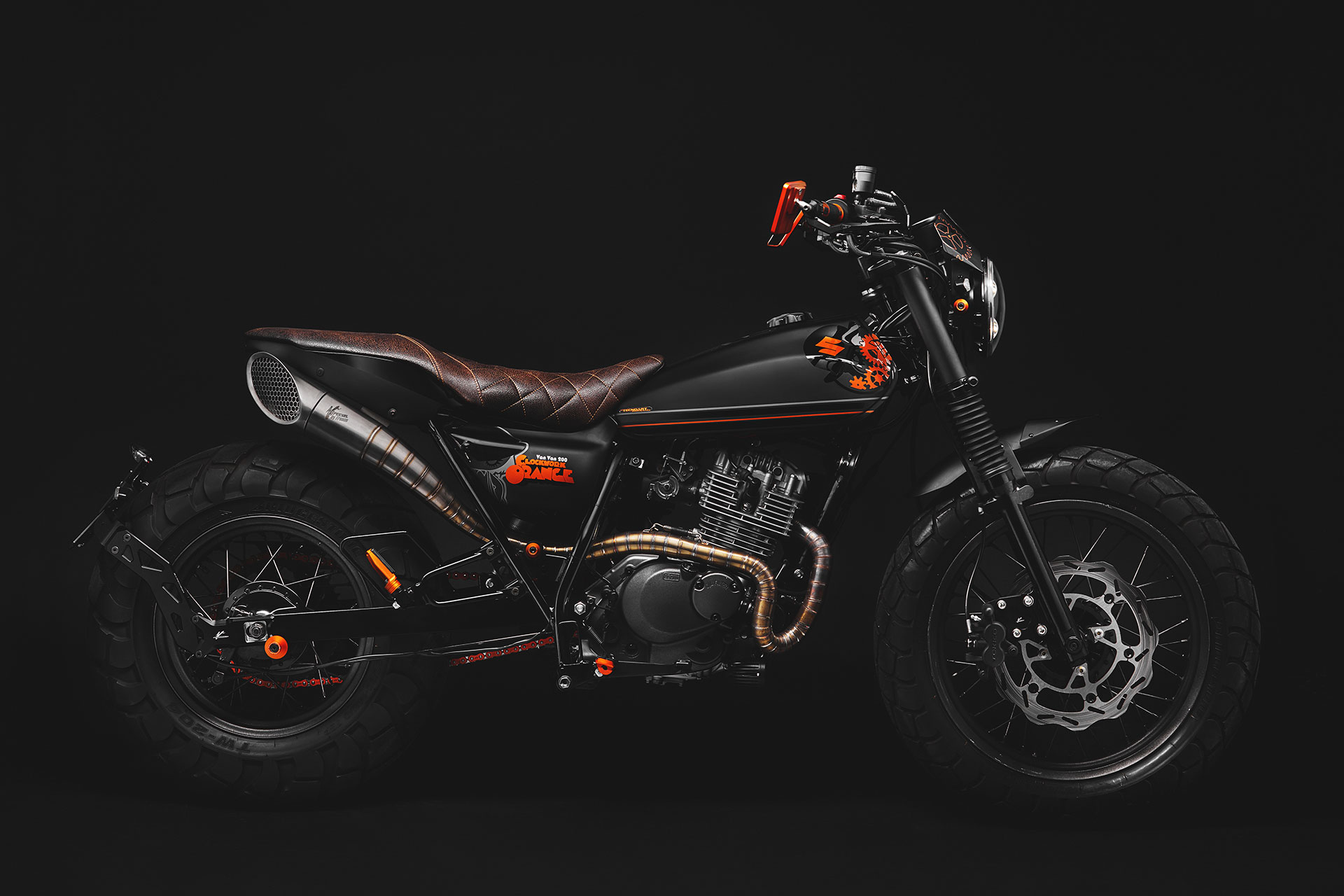 The tail in aluminum is completely handmade and inside a micro camera has been incorporated for the rear view, it does not replace the mirrors but to under control the street behind you. Two details remained unchanged: the seat and the titanium exhaust muffler, made by a company called Fresco in Turin, presents more of fifty welding.


Expressive color with an insert airbrushed of the distinctive features of Clockwork Orange, by Tecnoart Sersan.
There are manu components that have been inherited from the previous Orange Clockwork MY2017, among with stand out immediately all Valter Moto Components products: “top” grips with mirrors fix on it, lever protections include of shield, handlebar with crossbar, antivibration fold up footpegs, stand supports and “king” license plate holder.

To improve braking has been mounted a Brembo brake pump, with tanks oil in aluminum, connected to disc brake of Braking. The forks were coated in nylon and a pair of black rubber bellows were added to improve the aesthetics of the front wheel. A personalization of VSpecial is well represented by the orange-colored transmission chain in perfect Clockwork Orange style.

New aluminum protective coating of the radiator is composed by an aerodynamic appendix. Respect to the previous version, have been added the front fender and the cover in aluminum for the instrumentation as the others updates they present a design on two level.

The fronti s composed by a café racer headlight with an hig brightness with two led spotlights fixed below the engine.
This new winter version includes also nail wheels for ice and lateral supports for the transport of snowboard.;