Blackout 2.0
MV AGUSTA DRAGSTER
Despite the Mv Dragster “Blackout” version 2016, played by Valter, seemed already perfect and made the press talk a lot about it, VSpecial decided to work again on the design and the components to present a new Blackout 2018, ready to challenge the catwalks and take over the place of the last version. A lot of new things are gonna be appreciated on this new Special.;
GALLERY 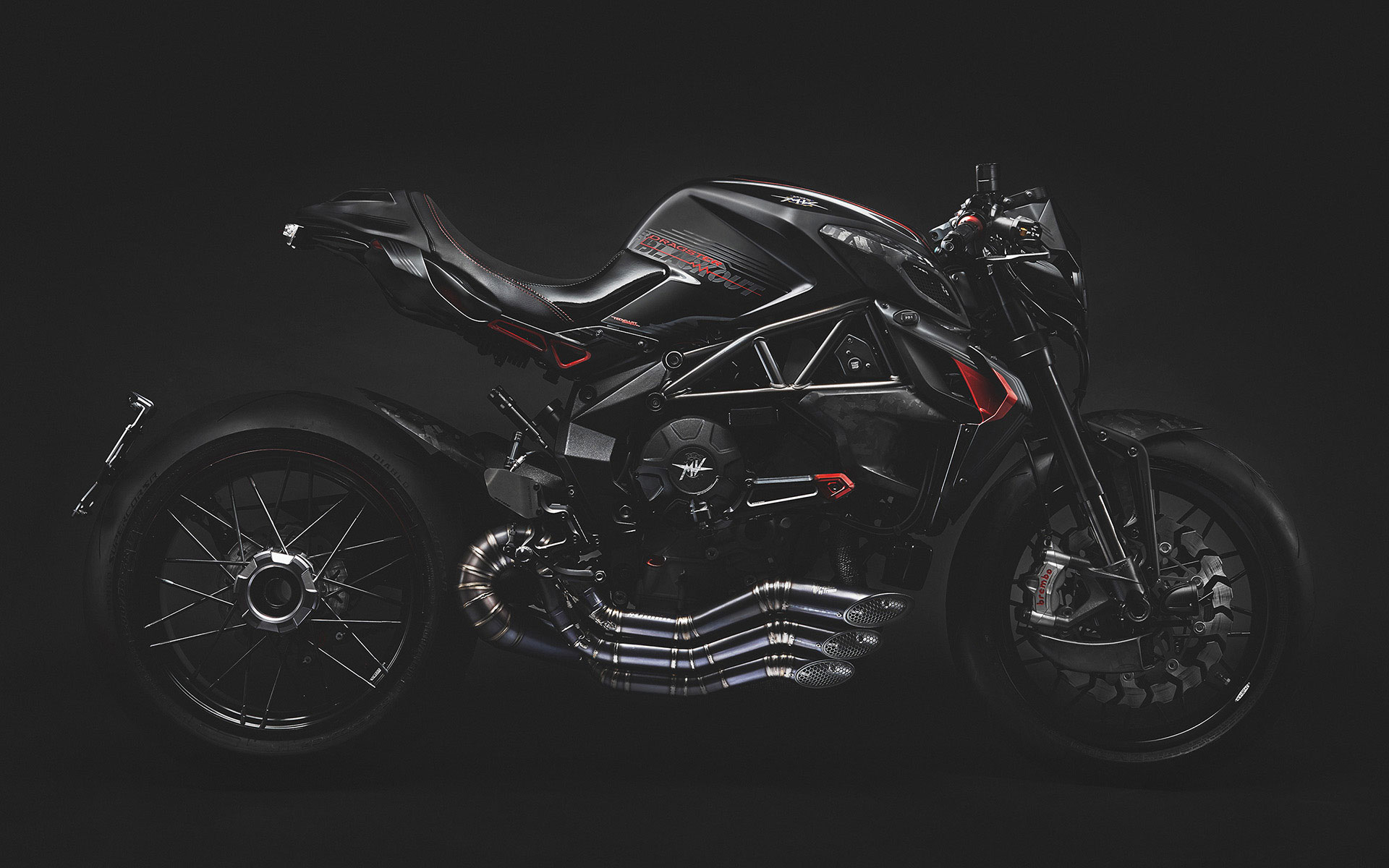 Let’s start with the front part, which expresses the nature of the bike before any other element does. New forks plate in aluminum with race handlebar integrated, titanium bars and racing handlebar control panel are branded Valter Moto Components. As with all the exclusive VSpecial models, a unique titanium number plate is fixed to the upper fork plate to certify the serial number of the Limited Edition. New front light with cover and an innovative digital instrumentations are made by I2M, also for rear view  with microcamera.
Forks tubes suffered a workmanship PLC, done by the workshop Cirafici. A carbon cover was mounted as air conveyor for the cooling of pliers like on the race motorcycle. Brake discs Braking were mounted too. The brake and clutch oil tanks were created by VMC for this Special made with CNC machined Ergal 7075.


In the central part aerodynamic details were added on the side panels. The Valter Moto Components rearsets have a new led system inside the footpegs, which includes the stop and positions lamp and integrates a racing brake pump, getting grid of the original pump fixed under the engine. The muffler exhaust was completely redesigned; three exhaust reverse with system APS (anti pressure system) were made by the Fresco, specialized in manufacturing exhaust silencer in titanium


In the rear part of the bikes, the intervention included the swingarm that was reinforced and repainted. For the mono shock a top piece by Bitubo was chosen. The tail, on which aerodynamic details were added, hosts a single-seater and a microcamera for the rearview.
The Valter Moto Components items could not be missing: the license plate holder with titanium plate and rear led light, aluminum engine protections, frame protectors, grips and protection levers. All the carbons parts were replaced by components made with an unpublished new type of die cast carbon high temperature resistant, produced by Carbonvani.


The company Tecnoart Sersan has again varnished this magnificent Blackout version 2018 that, as the previous one, cannot be unnoticed by the press and by the passionate. The rims have been searched between the excellences in this field and the final choice was JoNich, a company based in Milan.;